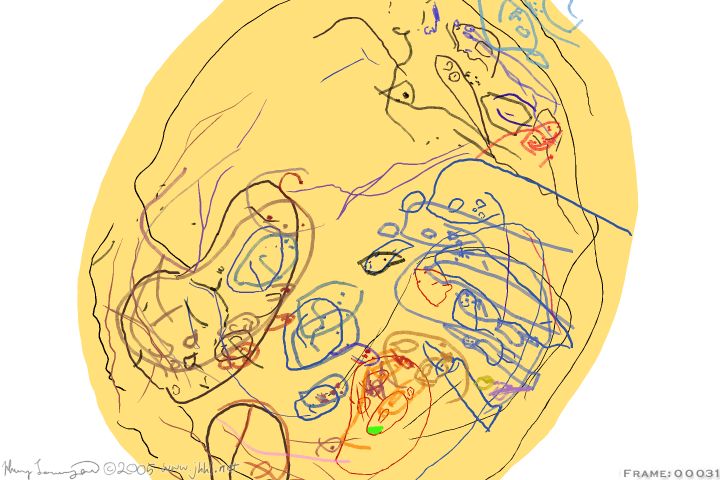 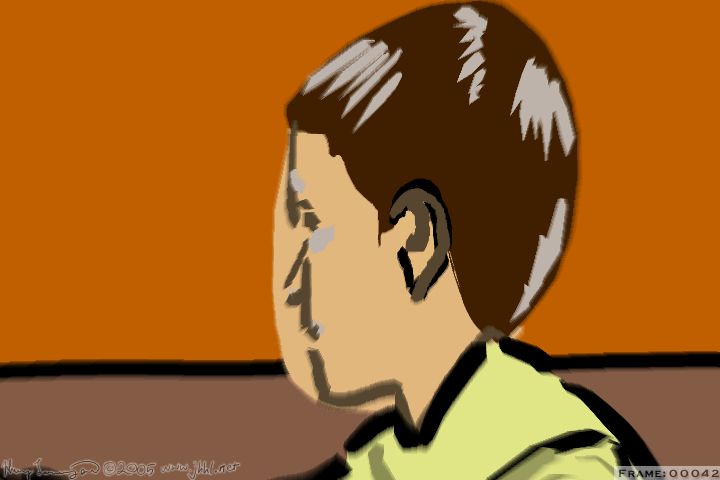 I've been really busy - starting a new job soon, end of year, blah blah. This may have to be the Weekly Vapor.
23:09:41 - jhhlnet - No comments yet, click here to add one 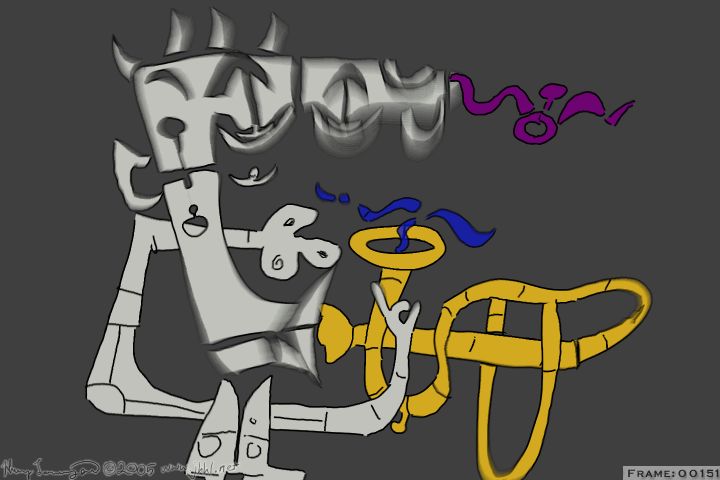 Continuing work on this Jim Flora extravaganza, here is the almost done look at another Flora Character. I'm starting to get a good idea of what the workflow for this project will be!
Flora trombonist
00:18:20 - jhhlnet - No comments yet, click here to add one 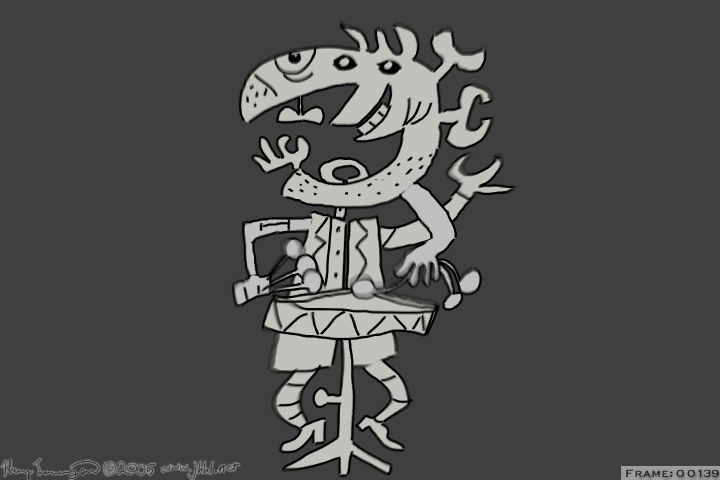 I'm seeing about animating some Jim Flora characters, trying to capture the crazy energy. There'll probably be more of these coming up as the whole scene develops.