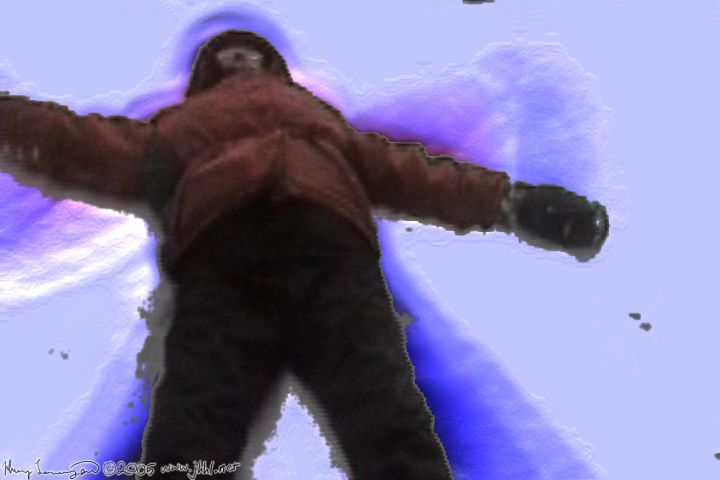 Nancy was making a snow angel. I used Vapor to make a mask to remove most of the snow and
rendered the frames of her making the snow angel into one frame using motion blur.
I then enhanced the background picture a bit in Painter.
Lastly, I rendered the original images on top of the angel. 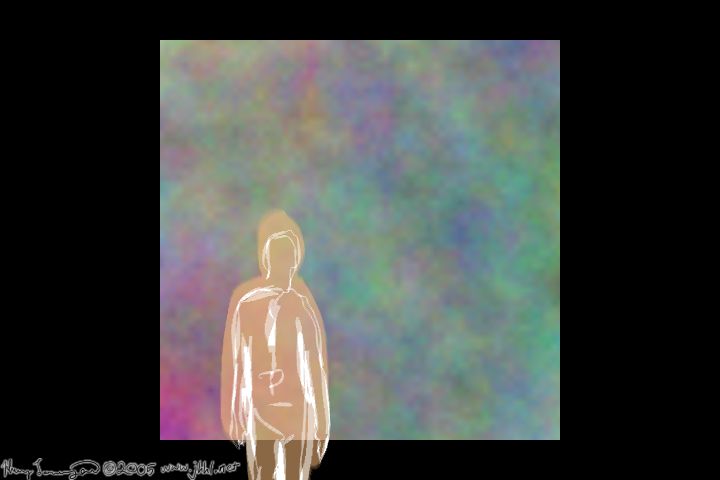 I thought I'd play around a little with this rotoscoped walk cycle from Delicious Evening.
I've added a kind of an aura, a Perlin noise background, and a little motion blur. 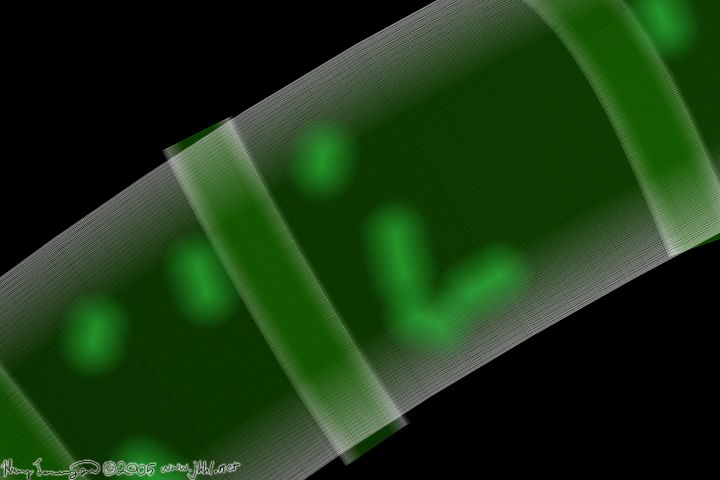 These plant-like protozoa are part of the long-unfinished Acitcratna series of movies about the culture of Antarctica.
The interesting thing about this animation is the movement, a little of which can be seen in this excerpt:
protozoans
07:57:18 - jhhlnet - No comments yet, click here to add one 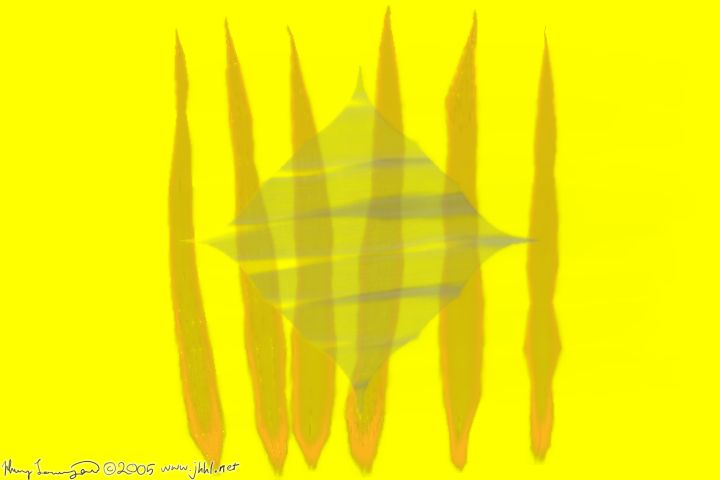 A frisket test, featuring an algorithmically drawn super-circle as the frisket. 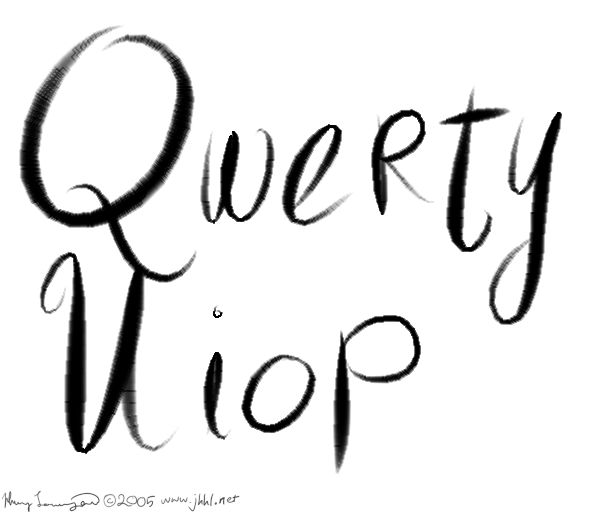 This is a slightly updated version of an old Vapor demo.
Here's the animation:
Qwertyuiop 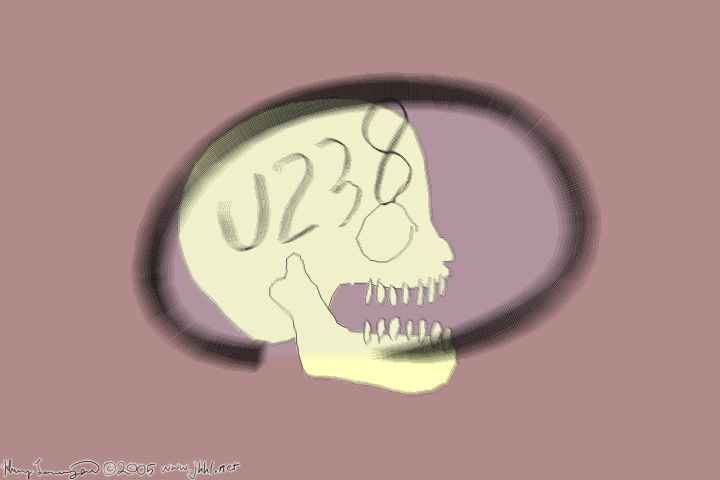 Back during the first Gulf war, I made a short animated
"editorial" cartoon showing a skull exploding with a Depleted
Uranium shell that turns into the words "Racism" .
I can't find that original control file, but I've recreated it somewhat here.
So google Depleted Uranium and call your representatives.
07:06:23 - jhhlnet - No comments yet, click here to add one 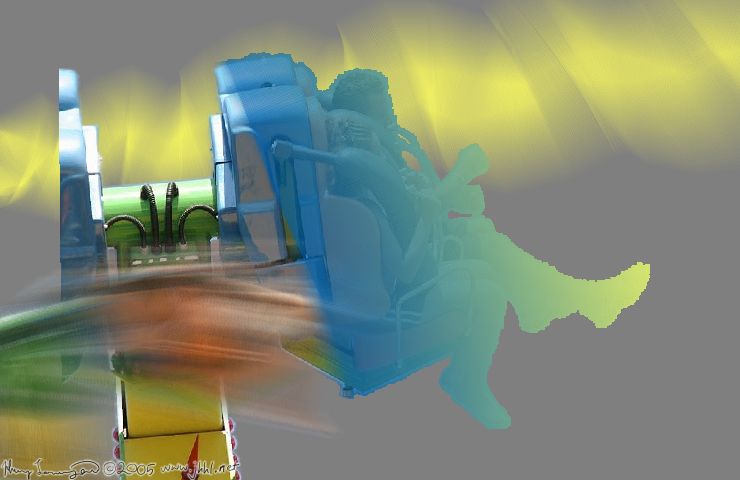 Based on a photo by Hugh Crawford, this picture combines motion blur, image frisketing and masking in one series. I've made 150 of these at high resolution. contact me if you'd like to buy some! Or, if you have a digital picture that you'd like me to have my way with... send it along!
08:17:26 - jhhlnet - No comments yet, click here to add one 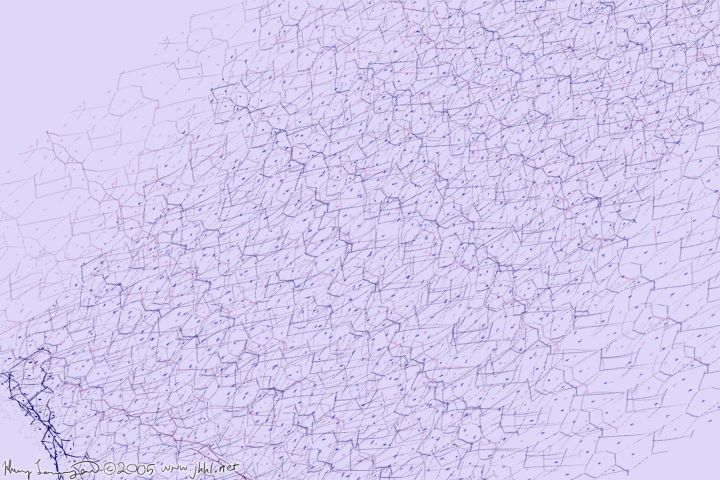 This texture is going to end up in some sea star animation soon, i hope. 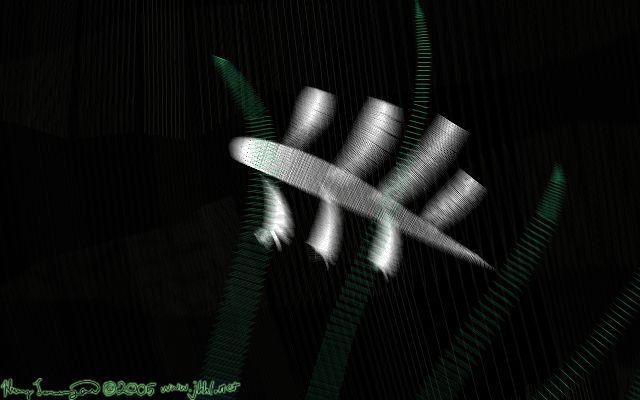 This is taken from one of the very oldest of Vapor animations, probably from 1990.
Featuring the 7-legged shrimp!
Here is that animation: The Sea 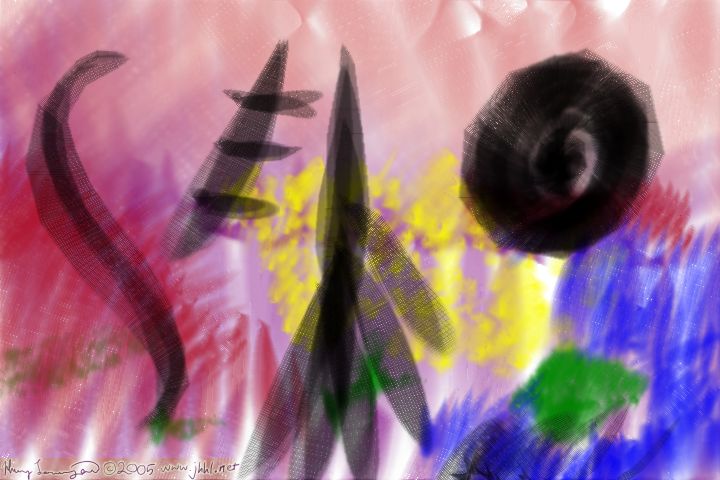 Vapor has a brush type which blurs and adds color at the same time, and when that's combined with motion blur, you get a nice , mooshy picture. The black strokes reveal their pixely selves in this picture, though. This picture remonds me of one of the very first Vapor Animations, from 1990, which I'll get to eventually. Note that now I tack on a new, less intrusive signature!
21:59:17 - jhhlnet -
Add comment 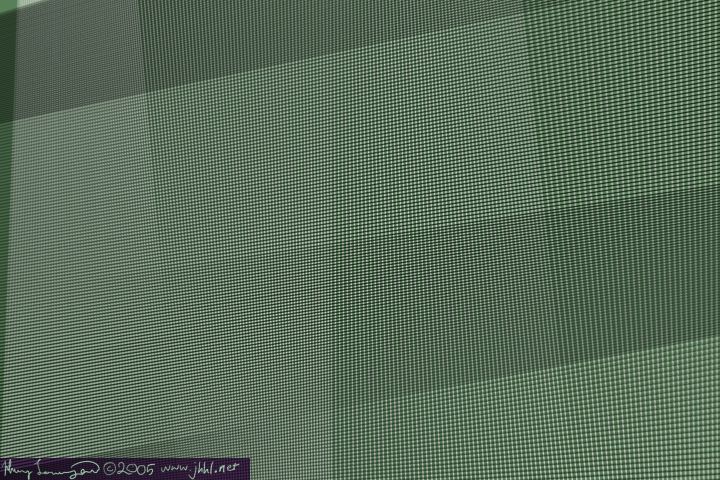 grids are the sine qua non of computer graphics, and here we have Vapor drawing some witn a few kinks in them. Jpg compression takes a little of the subtlety out of it (they are motion blurred as well). It's fascinating to watch the contrast and density of the lines change. 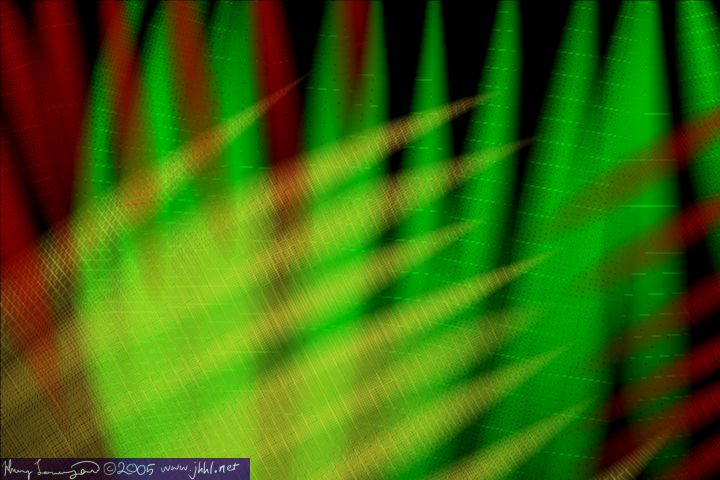 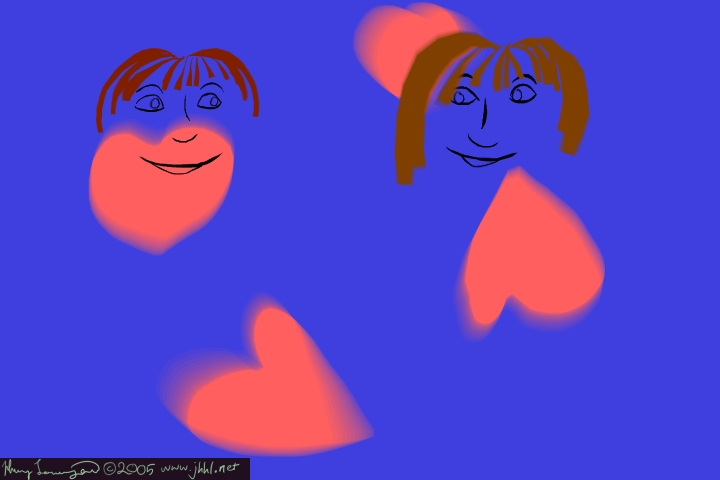 This (Heart Swap)
was an idea for LOVE IS SO SWEET that was eventually seen as too difficult.

But you can enjoy it now! 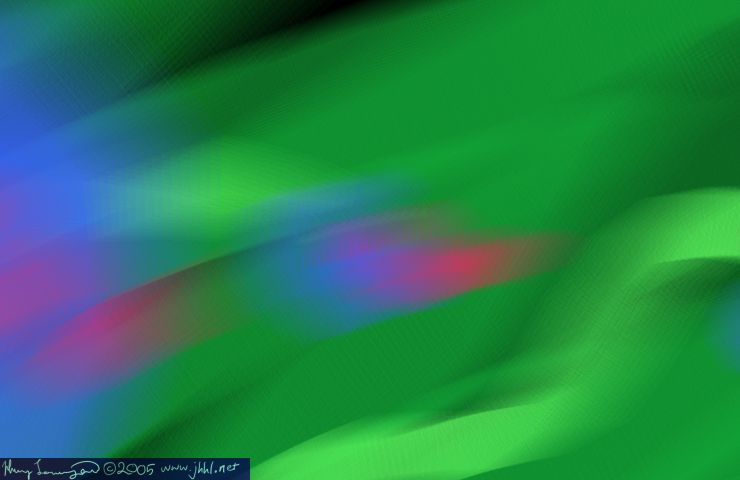 An equally old Jungle is Jungle 2, where I think I first used my technique of
"whip-panning": panning around an image with a 3 frame pan, as opposed to a cut or something slower.
the MotionBlur feature made this render some nice blurry images. 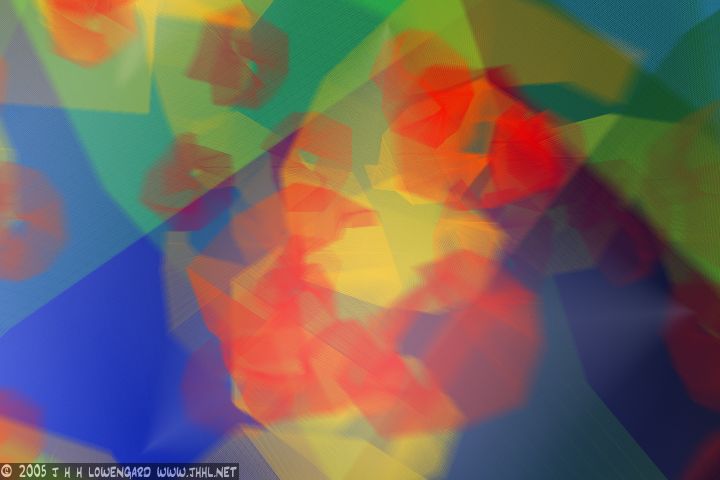 This is a frame from an OLD series of animations, one of the first in this series, that I called Jungles.
Note that I'm stamping a © notice on the bottoms of the images now!

Jungle is the original animation. 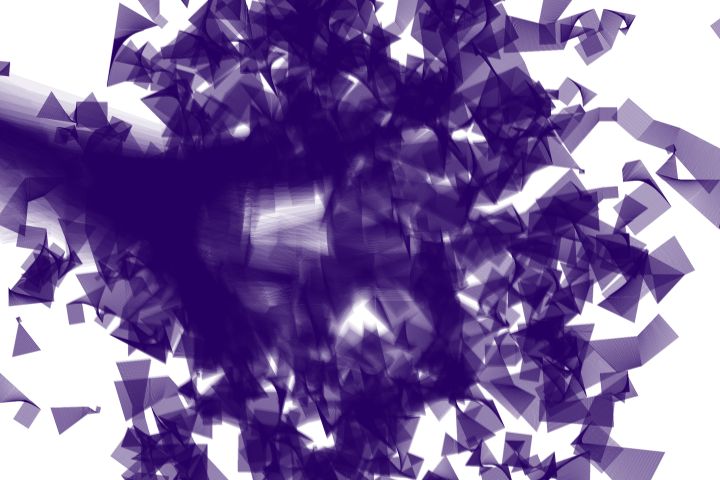 Purple Magnet is the animation ithat this frame comes from.


One of the ways you can move a set of vectors in Vapor Paint is to move them with a "magnet",
the strength of which drops off as the distance from it increases (by the square of the distance)
05:30:28 - jhhlnet - 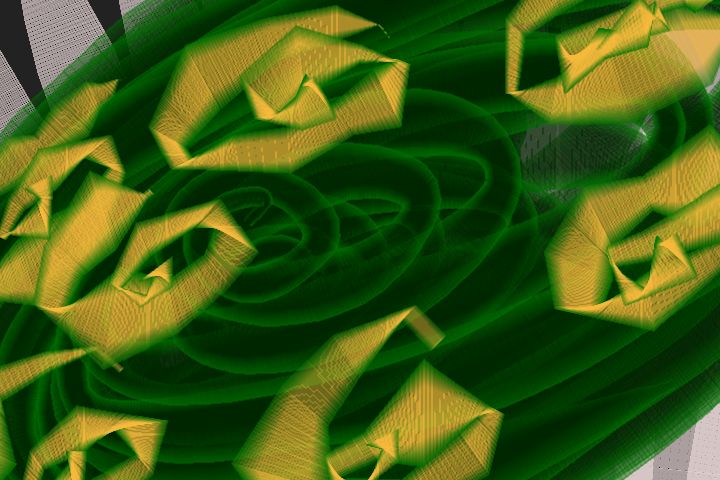 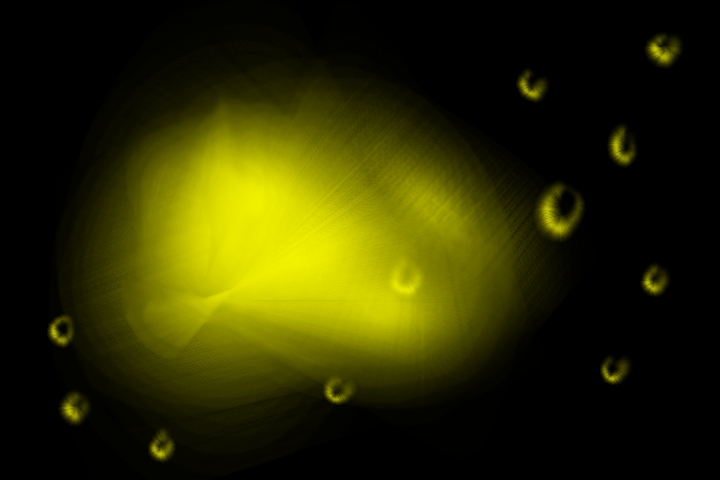 Gestures colored by a gaussian function.
16:52:41 - jhhlnet - No comments yet, click here to add one 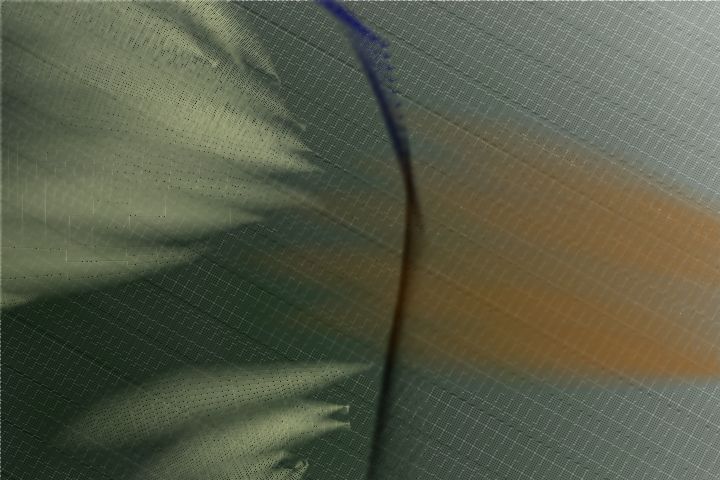 One of the things that makes Vapor Paint a little more interesting is its "imperfect" method of filling gesture areas. It often overlaps and leaves pixel sized holes which betray its origins as a digital medium, instead of trying to hide it behind a sophisticated photo-like shader.
11:13:38 - jhhlnet - No comments yet, click here to add one

A frame combining a circular texture with Perlin noise, mixing and blurring it as it draws gestures on top of other gestures.